In Memoriam of Dodie Anderson

Dolores "Dodie" Femer Anderson was a true friend to girls everywhere. She set up girls for success and ensured an incredible future for them. Even if they didn't know her.  Dodie passed away last week, but lives in our hearts forever.

Dodie, much like Juliette Gordon Low, was a visionary.  She looked to the future with a profound sense of purpose and true belief that girls can change the world. Dodie sent all four of her daughters to Camp WaBak with a kiss and a promise that they would return stronger, and more confident.  Years later Dodie’s granddaughters and great-granddaughters learned the same life lessons.  Dodie transformed her beliefs into action.  She donated funds to build the Administration Building at Camp WaBak, helped with our ToGetHerThere Capital Campaign, and the Girls Only Lounge is named in her honor at the Cathy Novinger Girl Scout Leadership Center in Columbia. Girl Scouts stood with Dodie last year as she accepted the Order of the Palmetto for her commitment to the future and her state. Dodie left a transformative mark on girls for generations to come.
Dodie was 92 years old. 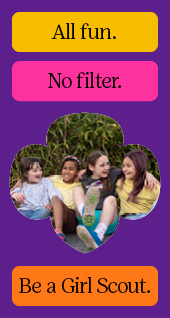