Two of our GSSC-MM Girl Scouts took action to support change on an important issue and were featured in several news stories this week. Read more about it from WCSC below:

The two were vocal supporters of the bill and feel it can save lives.

“I can say a lot of people I know [who] have come to me about having thoughts about killing themselves... Most of the time they only do it because they don’t have anyone to talk to and they don’t have the resources. They don’t want to do it, but they feel like they have no other options,” Piver said.

She said for a lot of her peers there has been a build-up of feelings of anxiety and depression over the past year.

“Because of COVID we feel really alone and isolated...kids opted to stay home and go completely virtual and a lot of people can’t handle that much time alone without our peers, no one our age, no people to talk to,” Piver said

Summerfield could also think of people who would’ve been saved by the resources and lifelines highlighted in this law. She said a lot of times teenagers don’t see turning to their parents as an option and can end up feeling helpless.

“If a kid doesn’t feel comfortable going to your adult and saying, ‘I need help,’ They can look at their ID and say, ‘I have a phone. I don’t want to tell my parents.’ So, they have a way to ask for help without needing to have judgment from their parents. It’s just an easier way for them to use their resources,” Summerfield said.

She said in her experience, parents are often the last people to know their child is struggling. 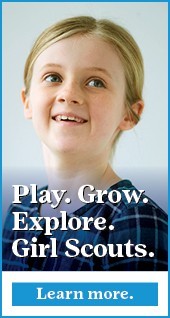